CLOSE ⓧ
Summer at the Clubs
Click for Details ▼
We’re putting the FUN back into Summer! Programming starts June 14 at more than 40 Clubs and give kids and teens ages 4-18 safe spaces, positive role models, time with their friends, sports, field trips, healthy meals, and so much more! Contact your Club to register in person or register online today!
Additionally, we are hiring! To see a list of open positions and apply now, visit our careers page.
ENROLL NOW

Youth of the Year

The Youth of the Year program dates back to 1947 and celebrates youth who have overcome enormous odds and demonstrated exceptional character and accomplishments. Those selected are recognized for service to their Club and community, academic performance and contributions to their families.

Participants are chosen on both local and state levels. From those participants, five regional winners are selected to meet every September in Washington, D.C. to compete for the National Youth of the Year title. Five judges interview each candidate and select the winner based on scholastic achievement, community service, leadership ability, and consideration of any physical, social or emotional obstacles that were overcome.

All five regional winners are honored at a Congressional Breakfast on Capitol Hill and have an opportunity to meet the President of the United States in the White House. In addition, each regional winner receives a $10,000 scholarship and the National Youth of the Year receives an additional college scholarship totaling up to $50,000. Each state winner receives a $1,000 college scholarship. Scholarships are made possible by Tupperware Brands Corporation and The Rick and Susan Goings Foundation.

FOX Sports Wisconsin is a long-standing local funder of the Youth of the Year program.

Introducing our 2020 Youth of the Year! 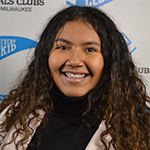 Anya Ramos is the 2020 FOX Sports Wisconsin Youth of the Year. As a Boys & Girls Clubs of Greater Milwaukee member for the past 7 years, Anya takes an active role as a leader at the Audubon High School Club, founding a community service club to engage her peers with multiple local organizations. She believes Boys & Girls Clubs have “shaped my future for the better,” and the Clubs staff are “amazing role models.”

Anya is an active leader in the Superintendent Student Advisory Council (SSAC), in which she works alongside her principal and the superintendent to spark projects that will improve her school. Thanks to Anya and her peers in the SSAC, Audubon High School is in the process of replacing the school’s drinking fountains. Anya also assisted in chaperoning a trip to Washington, D.C. with her school’s Differenciadors program, and interned at Reinhart Boerner Van Duren S.C. to learn more about being a lawyer. Anya plans on attending law school at Marquette University. 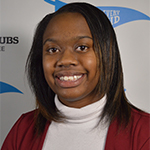 Sherlean Roberts has been a member of the Dr. Howard Fuller Collegiate Academy Boys & Girls Club for the past 9 years, and calls her Club a “safe haven.” She believed her Club offered her “exposure to endless possibilities and creating lifelong friendships.” Sherlean planned trips and service activities for the Keystone Club program, recruiting volunteers and managing the program’s resources and materials that were necessary to help the community through. Sherlean has also participated in the Clubs’ Sponsor-A-Scholar program for the past four years, which taught her “the importance of commitment” and helped her discover scholarship opportunities. Sherlean plans to attend Marquette University, where she will major in chemical engineering. 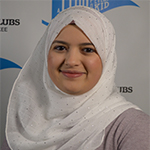 Heyam Omar has been a member of Boys & Girls Clubs of Greater Milwaukee’s Graduation Plus programs for the past 4 years. Heyam credits the Clubs’ Sponsor-A-Scholar program as a platform “to attain my goals with the support I needed to help me prepare for a better future.” She was vice president of Ronald Reagan High School’s International Club, and most recently helped organize her schools’ Middle Eastern Heritage Club and was secretary of the Superintendent’s Student Advisory Council. Heyam plans to attend Marquette University, where she will pursue a career in secondary education. 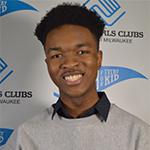 Obinna Anyamele has been a member of Boys & Girls Clubs of Greater Milwaukee’s Graduation Plus programs for the past 2 years. In addition to being co-captain of his school’s varsity track team and president of the Teen Advisory Board for Milwaukee Public Libraries, Obinna participates in the Clubs’ BMO Scholars program. He believes the BMO Scholars program helped mold him in to the person he is today, calling the program “a room full of people who had the same conviction to go to college but were also met with the burden of not being able to afford it.” Obinna plans to attend Harvard University to major in cardiology. 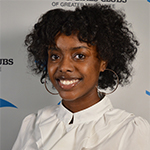 Anyiah Chambers has been a member of the Mary Ryan Boys & Girls Club for 11 years, which she calls her “home away from home.” During that time, she’s been an active participant in the Growing Inspirational and Responsible Leaders (G.I.R.L.S) cohort, BMO Scholars, the Wings of Glory track and field program, and was treasurer of the Keystone Club. Anyiah believes that by participating in the programs offered at Boys & Girls Clubs, she learned to “stay engaged, inspire and lead for the future tomorrow.” Anyiah is planning to attend Kentucky State University to begin her career as a criminal defense attorney and news anchor. 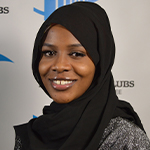 Rahma Mohamed has been a member of Boys & Girls Clubs of Greater Milwaukee’s Graduation Plus programs for the past 4 years. In addition to participating in the Youth Empowered in Struggle Club, Upward Bound, and African Dance, Rahma has been a member of the Clubs’ Sponsor-A-Scholar program since her freshman year. Rahma believes the one-on-one mentorship provided by Boys & Girls Clubs had a “profound effect” on her aspirations to attend college and help those in need in her community. Rahma plans to attend Northland College to pursue a career as a dentist. 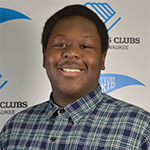 Darrion Whitfield has been a member of the Audubon Boys & Girls Club for 5 years. In addition to participating in his school’s Superintendent’s Student Advisory Council as well as the Clubs’ mock trials program, Darrion founded Unity in the Community, a group dedicated to staying after school twice a week to volunteer. Through Darrion’s efforts to engage his peers in volunteerism, the group started a clothing donation drive, where they gathered, cleaned and distributed clothes to those in need. Darrion plans to attend the Milwaukee School of Engineering, where he will major in technical engineering. 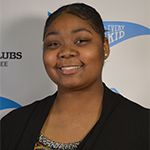 Jakira Wills began attending the Augusta M. LaVarnway Boys & Girls Club at the age of 4. She’s taken advantage of many opportunities provided by her Boys & Girls Club, including Money Matters, soccer, cheerleading, the G.I.R.L.S program, and serving as president of both the Torch and Keystone Club programs. Known as a leader at her Club, Jakira was given the opportunity to speak to groups of Boys & Girls Clubs donors and community advocates to share her experiences as a Club member and help bring more opportunities to her peers. Jakira plans to attend Florida A&M University to pursue a career in photography.